The report found below gives our sense of the current m&a trends and deals in the Enterprise Data and Analytics sector that we follow and sometimes lead. Please see below for our Enterprise Data & Analytics Report.

As companies adapt to being data-powered organizations, data analytics is fast becoming a core driver for decision making. By and large this is a good thing. Except when it isn’t….

As Mark Zuckerberg has seen, the world of data & analytics is viewed with increasing suspicion by some – as Facebook, Cambridge Analytica and others are chastised for their alleged role in, as some say, subverting democracy and perhaps facilitating the tearing apart of some societies. For some, such as the Chinese government, this concern over unfettered access to data is not new. But China is concerned about limiting content, not privacy. That’s censorship. The news lately has been about something more subtle… the role of government and the ethical and legal sandbox within which tech companies should be allowed to operate.

The EU General Data Protection Regulations (GDPR) that goes into effect in a few weeks is designed to force companies to put higher emphasis on consumer privacy. We are skeptical that this legislation will significantly ameliorate the problem. Nevertheless, it is a step in the right direction and one that many data companies and some governments around the world are monitoring closely.

We continue to find many interesting companies across the globe that have developed ways to collect important data as well as algorithms, strategies, and legitimate data-driven solutions to real problems vexing those in many markets. Many of these companies are seeing soaring demand from large enterprises – and from smaller ones as they move up the adoption curve. We believe that transparency with users on what information is being collected combined with sensitivity to how it is being used is a sine qua non, if the industry is to remain lightly regulated. We are sanguine that 2018 will be the year when companies start caring as much about the ethical considerations of data collection and usage as they do about data quality. And with that this industry will continue to thrive.

A few of the more interesting deals this month include:

Please see below for our April Enterprise Data & Analytics Report. 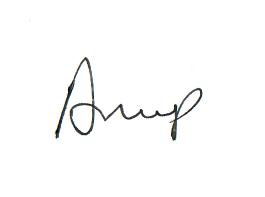